Daisy trained at the Webber Douglas Academy of Dramatic Art. She has worked extensively in television, theatre and film.

Daisy was a regular cast member in You, Me & Them, Drunk History, The Armstrong and Miller Show, and in the multi-award winning comedy series Star Stories. In 2009 she was nominated for Best Actress in a Leading Guest Role at the Gemini Awards, Canada, for her role in The Border.

Her recent television credits include Pixies, Deep State, series two of Bloods for Sky TV and Extraordinary for Disney Plus.

Daisy Beaumont cast in Pixies, a pilot by Big Talk for YouTube Red.

Daisy Beaumont in 'The Coroner'

Daisy Beaumont cast in an episode of BBC’s The Coroner. Filming will make place in summer 2016.

Daisy Beaumont joins the cast of Hank Zipzer, a TV movie for Kindle Entertainment and CBBC.

Daisy plays Tammy in the film, which shoots in summer 2016. 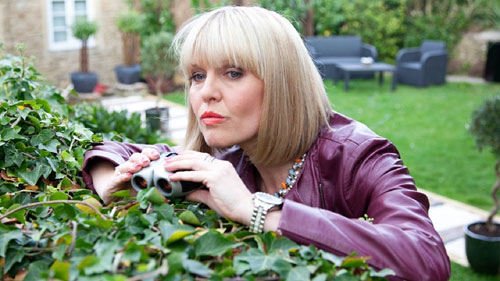 The newly commissioned series is based on the best-selling books by MC Beaton and will air on Sky 1 later in 2016.

The episode aired on MTV in February 2016

For more information on the film, and to watch online now, click here.