Rowan trained at Rose Bruford College, representing them at the Sam Wanamaker Festival 2013 and at the Carleton Hobbs Radio Awards 2013.

On screen he has appeared in the Doctor Who Christmas Special and the feature films Kingsman: Secret Service and the new Tomb Raider

Rowan was most recently featured in Good Omens, the TV adaptation of Terry Pratchet’s and Neil Gaiman’s bestseller 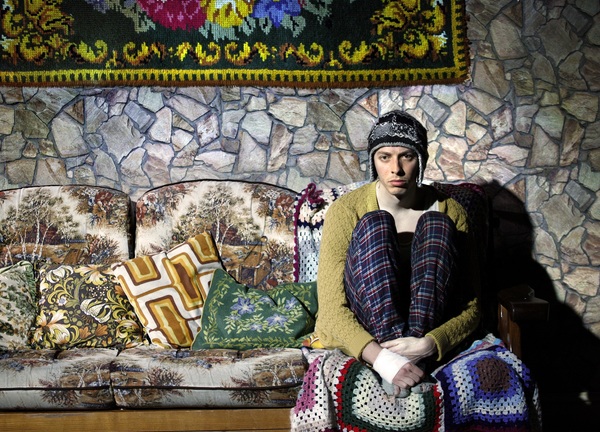 Reviews for The Omission of the Family Coleman

Reviews for The Omission of the Family Coleman at Theatre Royal Bath are in! 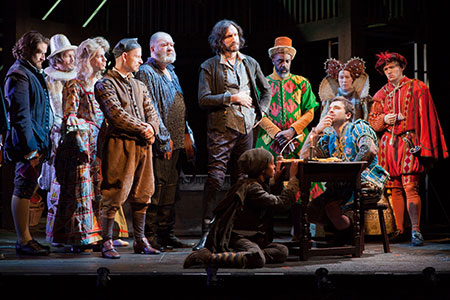 Reviews for Shakespeare in Love at Theatre Royal Bath are in! 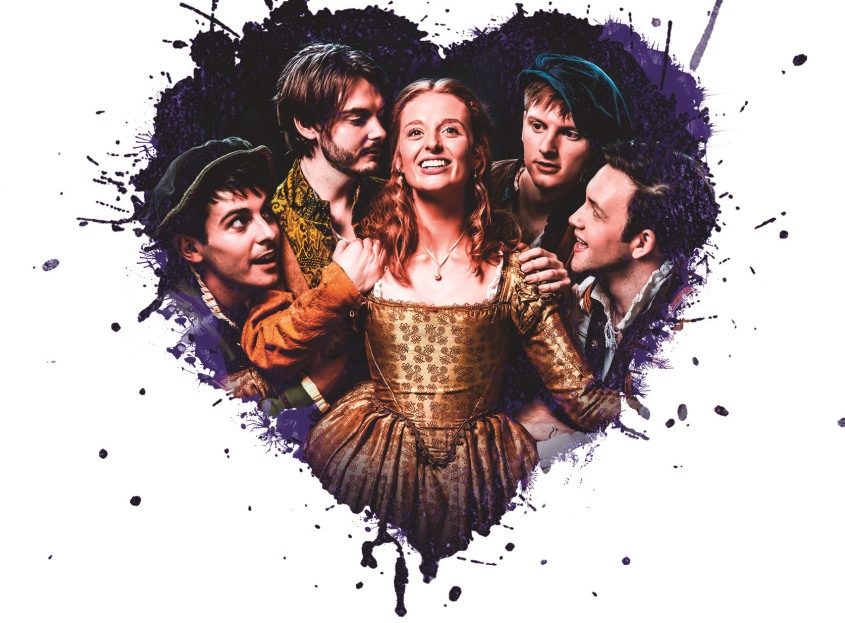 Rowan has been cast in Shakespeare in Love at the Theatre Royal Bath, 4 to 13 October 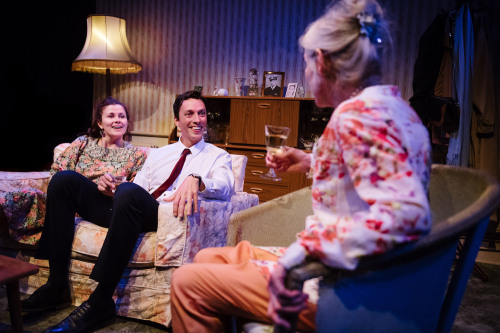 “Rowan Polonski shines as the patient, supportive Cavan. The chemistry between Polonski and Coulthard is unmistakable: the contrast between their new passion, and Alice reliving the memory of her dead husband, is nuanced, well-balanced and truly novel” The Spy In the Stalls

â€œDelightfully humorous and light-hearted for such aÂ heavily weighted subject matter, the drama is the perfect educational tool for those wishing to understand the realities of an illness that affectsÂ as much as one inÂ every six elderly people in the UK.â€ The Upcoming

â€œA heartfelt piece of theatre, never overly sentimental or melodramatic, this is an important show about an important issue.â€ London Theatre 1

â€œDirected by Rebecca Loudon, Coulthardâ€™s writing is perfectly poised, as it captures all the intimacies and small details that come both from living with someone you love (platonically) and falling in love with someone (not-platonically).â€ Ought to be Clown

â€œA play that perfectly balances entertainment with an honest, powerful portrayal of the impact dementia can have on families and relationships.â€ Theatre Things

â€œIt is a remarkably affecting piece of theatre and one that deserves to be seen by wider audiences.â€ The Live Review 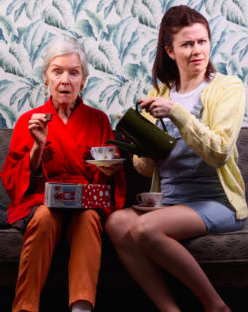 Rowan has been cast in Cockamamy at the Hope Theatre Islington

Rowan has been cast in Good Omens, the TV adaptation of Terry Pratchet’s and Neil Gaiman’s bestseller

Rowan has just finished filming a role as Lara’s flatmate in the new ‘Tomb Raider’ opposite Alicia Vikander.

Directed by Roar Uthaug and produced by GK Films, it is slated for release on the 16th of March, 2018. 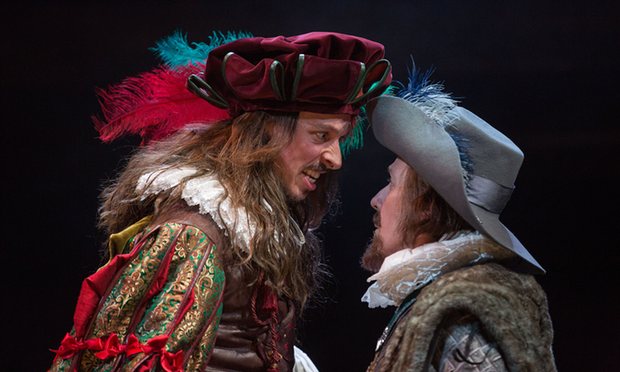 Reviews are in for 'The Hypocrite'

First reviews are in for Richard Bean’s The Hypocrite, a c0-production with Hull Truck and the RSC.

The press on Rowan & The Hypocrite:

Rowan cast in 'The Hypocrite'

Rowan Polonski cast as Prince Rupert in Richard Bean’s The Hypcorite, a co-production with the RSC and Hull Truck Theatre, directed by Phillip Green. 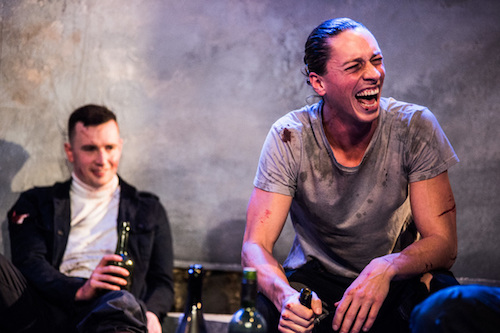 5 star reviews for 'The Acedian Pirates'

The press on The Acedian Pirates and Rowan Polonski: 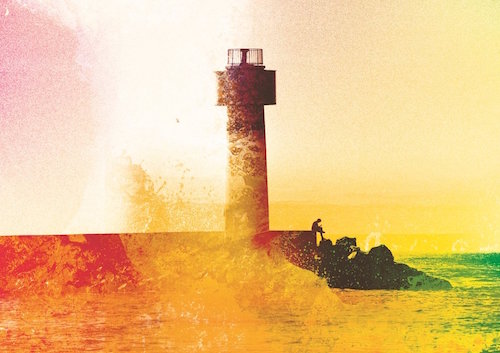 Rowan Polonski in 'The Acedian Pirates'

Rowan Polonski joins the cast of Jay Taylor’s The Acedian Pirates at Theatre503.

Rowan plays Troy in the production, which plays at Theatre503 from 25th October – 19th November, directed by Bobby Brook. 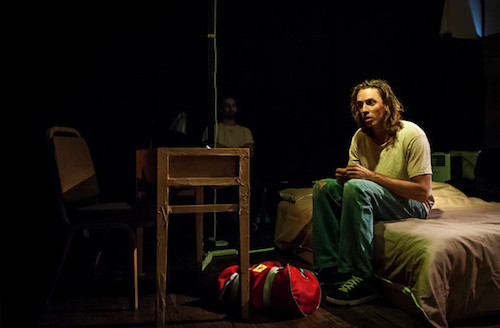 Rowan Polonski starred as Jesse in Desert Rats as part of Chaskis Theatre’s Las Americas Above season at the Arts Theatre, West End.

Press on Rowan in Desert Rats: 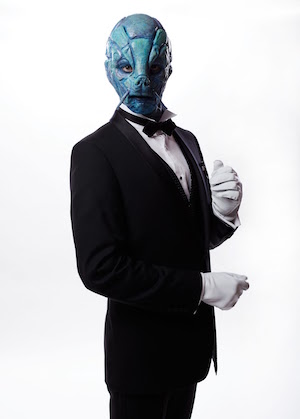 Rowan Polonski in 'Doctor Who'

Rowan played Flemming in the 2015 Christmas episode of BBC’s Doctor Who.

The episode aired on Christmas Day on BBC One.

Rowan played Piers, one of the Kingsman candidates, in Kingsman: Secret Service.

The film was released in 2015, to great critical and public reception.