Lizzie trained at the Royal Central School of Speech and Drama, following a degree at Brown University.

Lizzie’s stage credits include leading role Leona Dawson in Tennessee Williams Confessional at the Edinburgh Fringe and The Southwark Playhouse, the titular role in Lulu by Frank Wedekind at the Brighton Fringe, as well as Nora Helmer in A Doll’s House and Eliza Doolittle in Pygmalion at the London Theatre.

Feature film credits include Book of Monsters and The Good Neighbour. Lizzie has received two Best Actress awards for her work in the short films Drama, and Be Prepared, and her solo-show (BEAT) toured in the US and to the Edinburgh Fringe. 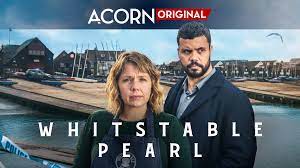 Lizzie is currently filming a leading role in an episode of Whitstable Pearl series 2 for Acorn TV.

Lizzie plays Beryl Greaney in Series 10 Ep 4 of Call the Midwife, available on BBC iPlayer and soon to be out on Netflix.